CTP competition in the ACT

One of the most significant events occurring in the ACT CTP insurance scheme has been the introduction of competition with multiple insurers in the market from 15 July 2013.

Competition has delivered a greater choice in product offerings, better quality products such as at-fault driver cover and reduced premiums to motorists.

Based on the latest complete financial year data, the chart highlights the downward trend in premiums to 30 June 2017, as published in the Chief Minister, Treasury and Economic Development Directorate Annual Report 2016-17. 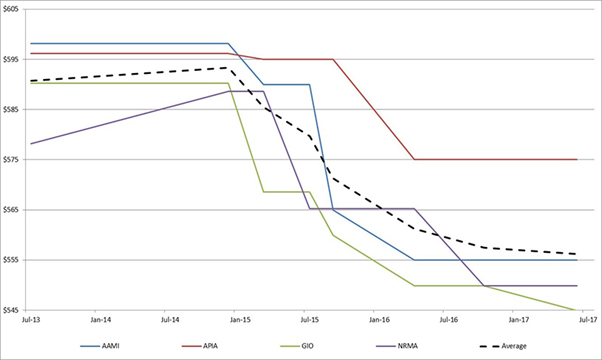 The following graph shows the average market share over each of the financial years from 2013-14 when competition began, through to the end of the latest financial year of 2016-17. Market share is based on premiums collected by insurers. 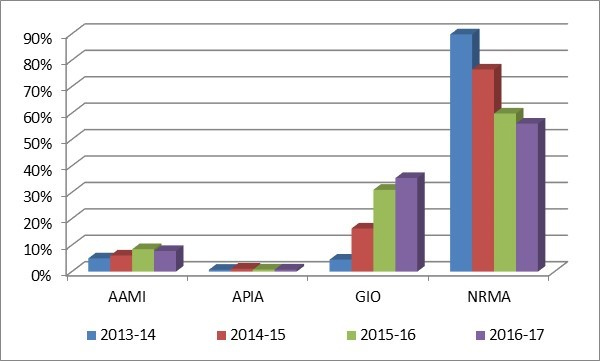