Canberra has a strong and increasingly diverse economy, and a vibrant and well-educated community.

We have a collaborative and innovative network of enterprises working in a business-friendly environment.

The ACT Government is committed to supporting investment, accelerating innovation and creating and retaining jobs here in Canberra. We are working with business and the university sector to create a city with its own distinct economic identity.

This budget commits an additional $6.6 million over three years to Confident and Business Ready: Building on Our Strengths – the ACT’s business development strategy. This strategy is helping local businesses to grow, through initiatives such as the establishment of Invest Canberra – which leads the ACT Government’s international promotion and develops international networks and partnerships.

The extra funding will deliver support for ‘Data61’, comprising the Digital Productivity Team of the CSIRO and National ICT Australia. This will position Canberra as a major player in the development of national cyber security capability and assist the ACT Government to deliver on its Smart City and digital transformation goals.

Access Canberra is making it simpler, easier and quicker for businesses in the ACT by cutting red tape, increasing online services and issuing licences faster. This allows individuals to spend more time on what they do best – running their business.

The Simpler Business licensing program streamlines and standardises processes for businesses across more than 70 services, by establishing a single business licensing framework for bulk licences and permits. This includes:

The ACT Government is committed to developing a Digital Canberra, establishing Canberra as a city of digital opportunity by creating digital networks and partnerships, accelerating the digital economy, building a city of innovation and connected communities, developing support for an open government, and collaborating to ensure better citizen engagement and services.

Canberra is evolving as a smart city, with the CBRfree WiFi network to be one of Australia’s largest free outdoor public WiFi networks. In this budget, $500,000 of seed funding is being provided to the Chief Digital Officer, to allow for the investigation and implementation of digital initiatives across the ACT Government.

Canberra is a popular tourist destination, with 4.4 million visitors annually. Tourism plays an important role in the ACT economy, employing almost 15,000 people and with visitors spending about $1.7 billion each year.

The ACT has secured international flights from Canberra Airport, which will commence in September 2016.

Direct international flights will transform tourism in Canberra as well as providing a boost to local businesses and exports. We will invest $7.2 million in marketing and industry partnerships to promote Canberra as a destination for international visitors.

Canberra has a tradition of great events, with Floriade and the Multicultural Festival joined in recent years by Enlighten.

In this budget, the ACT Government is providing support for a major theatre production to come to Canberra.

There are countless opportunities to see the very best of sport here in Canberra too. We have seen the Asian Cup, the Socceroos World Cup qualifier, one day international cricket, as well as the annual PM’s XI cricket match. The ACT Government has now struck an agreement with Cricket Australia to bring international test cricket to Canberra, and an A-League football match will be played in Canberra later this year. 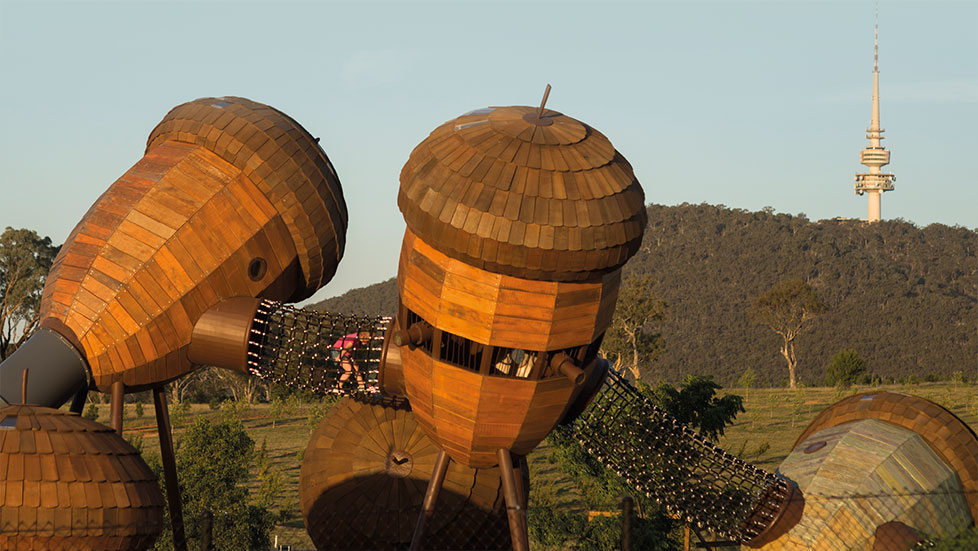 The Government is committed to making the Territory’s taxation system fairer, simpler and more efficient.

The 2016-17 Budget completes the first five years of the Territory’s tax reform process.

We have reduced our reliance on inefficient taxes on conveyances and insurance premiums, with revenue foregone from cuts to these taxes replaced through general rates, which is a more sustainable and fairer source of revenue. Conveyance and insurance duties have reduced from 24 per cent of own source revenue, to 16 per cent in 2016-17. From 1 July 2016, taxes on insurance premiums will be abolished. And stamp duty has been cut significantly in the residential and commercial sectors. For example, in 2016-17 the buyer of a $500,000 home will pay $7,040 less in stamp duty than before tax reform.

This budget announces stage two of the taxation reforms, which will start in 2017-18. Under stage two, residential conveyance duty rates will continue to decrease. For example, by 2021-22, the buyer of a $500,000 home will pay $10,500 less in duty than before tax reform.

Reducing the ACT Government’s reliance on inefficient taxes will ensure a stable revenue base into the future. These reforms will allow the ACT to continue to deliver the services Canberrans expect, ensuring future generations do not bear the economic costs of an unfair and inefficient tax system.

These reforms mean that the ACT will have Australia’s most efficient and stable revenue base.

They will also create significant economic gains in the wider economy through increased productivity.

Overall revenue will not increase as a result of tax reform.

The ACT is a low taxing jurisdiction, with the second lowest level of own source tax revenue as a share of Gross State Product in Australia, and taxation per capita is below the national average and less than NSW, Victoria and Western Australia.