Through the public housing renewal program, the ACT Government will build or acquire modern, energy efficient accommodation to improve the overall quality of the public housing portfolio. This will also reduce utility costs and improve amenity for tenants. Tenants will be provided with support during their relocation through this program.

A key theme of the Common Ground model is its linkages to the local and extended community and a focus on social interaction for its residents. The construction of Common Ground is well underway. With the assistance of community donations, the ACT and the Commonwealth Governments, a 40 unit dwelling is being built which will become home to 20 former chronic homeless individuals and 20 individuals on low income. The building is located on a site near the Gungahlin Town Centre. 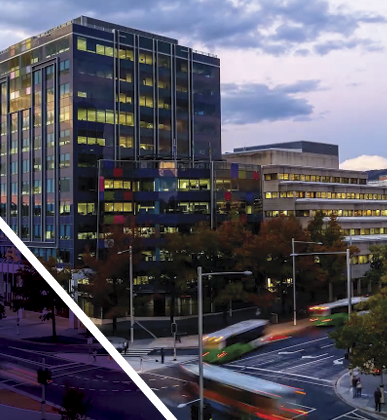 The ACT Government's flexible transport bus service, launched in September 2014, has seen approximately 6,000 boardings to date, providing much needed free travel to a number of areas within the ACT for seniors and people with a disability.  Each bus is wheelchair accessible and is operated by a member of the Special Needs Transport team.

The flexible transport bus service plays a significant role in transporting seniors and people with a disability to medical appointments, shopping centres and social events such as Seniors Week.

Designed specifically for residents such as the aged and people with disabilities, this free bus service operates off a basic timetable, picking up residents from home and taking them to local community facilities such as shopping centres and hospitals.

Previous | Next: Health – including Mental Health